Cranes are flying in ahead of International Overdose Awareness Day 2020

The Tasmanian community is once again throwing their support behind raising awareness of the risks of overdose, by folding origami cranes to commemorate International Overdose Awareness Day – observed on the 31st of August every year.

Following the incredible success of the campaign last year, the Alcohol, Tobacco and other Drugs Council chief executive Alison Lai says that the response to this year’s call-out is once again exceeding expectations.

“This year because of COVID-19 we are doing things a bit differently, and rather than asking people to send their cranes into us, we’ve been asking them to send us a photo of each crane that they’ve folded, which will become part of a larger digital artwork that we will launch to commemorate International Overdose Awareness Day 2020 at the end of this month.”

Despite the different approach, Ms Lai said that she was impressed by the response, not only because of the number of people and organisations folding cranes, but also the number of cranes being folded by individuals, which for some was in the hundreds.

“We’ve already seen an incredible amount of support from our members and the wider Tasmanian community, and we’d like to thank each and every person who has folded a crane to raise awareness of overdose”, she said.

“There’s a wide range of organisations getting involved including The Link, Launceston City Mission, Anglicare Tasmania, the Tasmanian Aboriginal Centre, Legal Aid to Bethlehem House and the Tasmania Prison Service.

“We also have a number of photos coming of cranes folded by everyday Tasmanians who are commemorating someone they may have lost.”

While the concept of folding cranes has captured the imagination of many, Ms Lai said that the reason behind the initiative was a very important one.

“Drug overdose impacts Tasmanians of all backgrounds, and over the past five years we’ve been losing on average one Tasmanian every week,” Ms Lai said.

“The majority of these overdoses are accidental and can be caused by alcohol or illicit drugs but pharmaceutical medicines continue to be the leading cause.

“If someone is taking pharmaceutical medications for pain or anxiety, or both, their risk of an overdose will increase and even more so if they also drink alcohol.

“Being overdose aware is an important message that we need to get out into the community, particularly during COVID-19 where people may be less willing to leave the house to visit their doctor, they may be stockpiling medications and experiencing increased levels of stress or anxiety at this time.

“All of these factors mean that we need to be increasingly aware of the risks and one of the first things someone can do to help prevent an overdose is to talk about it.

“Talking about drug use, including pharmaceutical medication use, can be challenging due to the stigma surrounding it but it’s a very important one to have to reduce the risk of overdose, and folding a crane is a gentle way to start that conversation.”

Here is just a small sample of the contributions we have received from across Tasmania: 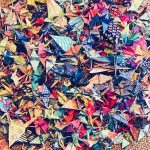 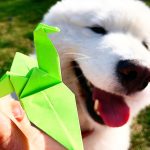 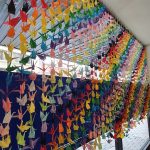 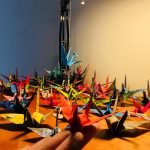 Fold and submit your crane