Opinion: The awkward silence is killing us

ALISON LAI: Government knocked back request for a tiny sum that would have helped find vital alcohol and drug data

The Federal Election is over and another Tasmanian State Budget has been tabled. Millions of dollars have been committed to small business, tourism, infrastructure and health, yet for those delivering alcohol, and other drug programs the silence is deafening.

With waiting lists for Tasmanians attempting to access alcohol and other drug treatment services and insufficient funding being invested into preventive programs, the lack of concern to this issue is both frustrating and puzzling.

Every year in Australia, one in 20 deaths are attributed to alcohol or other drugs, and one in eight to tobacco.

Here in Tasmania, our relationship with drugs accounts for almost 800 emergency presentations and more than 2200 hospital admissions every year.

Drug use was involved in 52 per cent of burglaries, assault and public disorder crimes, one third of our road traffic injuries, not including the 2000-plus Tasmanians charged with drink driving and last year drugs contributed to more than 815 public assaults across our island.

So why is the issue not seen as a priority? It’s not because advice has been lacking on where funding is needed, and it’s certainly not because the financial ask is too big.

Before the 2019-2020 State Budget, the Alcohol, Tobacco and other Drugs Council sought a small investment of $75,000 towards a project that would have consolidated the collection of alcohol and other drug data.

This request was purposefully modest to be considerate of a fragile budget, and designed in collaboration with community partners, including Primary Health Tasmania who would have matched the government’s investment.

The Tasmanian Government knew this, and still didn’t see it as a suitable investment despite the $75,000 request being the equivalent of 0.03 per cent of the additional $240 million they are funnelling into the Tasmanian Health Service.

The Tasmanian Government was also aware this work would have strengthened our understanding of drug issues across Tasmania and provided the Government with the necessary information to ensure they are investing in the right services to meet demand — information they do not currently have.

Yet, it was still not enough and their unwillingness is perplexing particularly when we know the pervasive impact of drugs on Tasmanian’s mental health, education outcomes, homelessness, domestic violence and child protection matters.

With clear evidence of the significance of the problem and low cost collaborative strategies being developed, perhaps the reason for the lack of political will is the sobering reality that the topic of drugs makes our government uncomfortable. Could this uncomfortableness come from a lingering perception that drug use is something to consider as sordid, shameful or disreputable?

Perhaps it comes from an underlying disapproval of people who use drugs, particularly those who need assistance to stop, founded in a belief that everyone should be able to control their substance use and if they can’t then they need to be accountable for their actions.

I know some want to believe that our national inaction on drugs is due to an unhealthy relationship between our governments and the alcohol and pharmaceutical corporations.

I prefer to believe our government is uncomfortable with the topic because they don’t know where to start addressing an issue that is complex, overlaps with the justice system, and among all the other competing health priorities is simply getting lost.

But we must end the silence because if the Tasmanian Government can’t talk openly about the issue, then how do we expect our communities to.

We must because there’s too many misconceptions about the types of drugs that Tasmanians are using.

This includes the alarm being focused on illicit drugs and the lack of concern being given to the increasing harm of prescription medication, particularly opioids and the long-term health conditions caused by alcohol such as stomach cancer.

We must because we are developing a negativity bias towards the topic of drugs that distorts the positive progress being made with the development of new medicinal drugs, and the evolution of existing drugs, like cannabis to treat health conditions.

We must because when there is harm, drugs don’t discriminate.

They are impacting Tasmanians regardless of age, culture, income, educational attainment, location or gender, and anyone who thinks that this is an issue impacting others is being naive.

We must end the silence and if the Tasmanian Government is uncomfortable it needs to stop and join the conversation.

The Alcohol Tobacco and other Drugs Council provided a submission to the Reform Agenda for Alcohol and Drug Services Consultation, read it here. 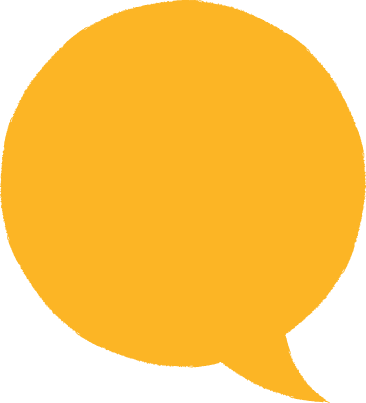